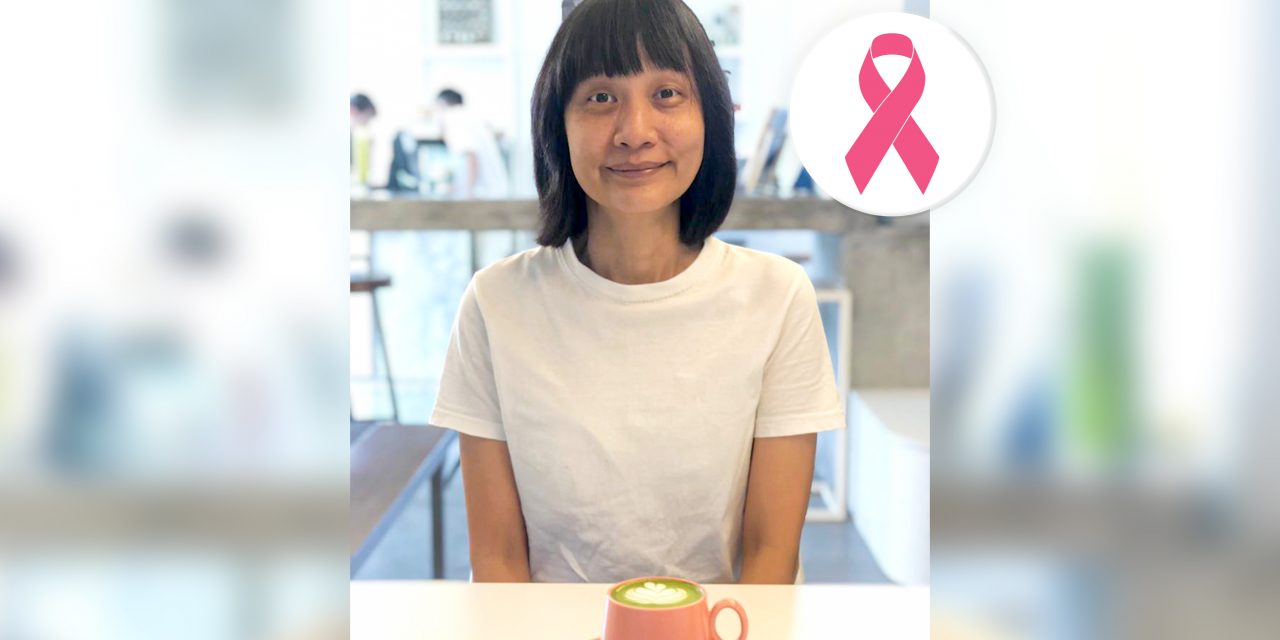 Primary school teacher, Cheong Yoke Yuen, was 46 when she discovered a lump in her left breast in 2016.

Yoke Yuen had fibroids in her left breast in her early 20s, but as they had been benign, cancer was the furthest thing from her mind when she discovered a new lump in the same location 20 years later. Upon examination, she found out that not only did she have Stage II breast cancer, she had an aggressive form of the disease.

Yoke Yuen discovered the marble-sized lump on a routine self-check in April that year. She was asked to undergo a biopsy — a procedure where a sample of the tumour is extracted for examination — when she was referred to a specialist at the University Malaya Medical Centre (UMMC).

Later in June, she was asked to return to UMMC’s Breast Clinic to discuss her lab results with Consultant Breast and Oncoplastic Surgeon, Dr Tan Gie Hooi, who confirmed she had Stage II breast cancer, and had tested positive for HER-2 receptors, which is an indicator for a more aggressive form of the disease.

“The pathology report revealed the cancer cells had already affected my lymph nodes. It also confirmed that my condition was both oestrogen receptor-positive (ER-positive) and HER-2 positive, which meant that it not only depended on oestrogen hormones to proliferate but was also more aggressive than other types of breast cancer,” Yoke Yuen says.

“Due to the nature of my condition, Dr Tan suggested undergoing treatment as soon as possible. These included a mastectomy (complete removal of the left breast), optional breast reconstruction, chemotherapy and radiation, as well as Herceptin treatment (a form of targeted therapy used to treat HER2-positive breast cancer), which would require 12 months of continuous treatment to complete.”

The emotional and financial toll of  Yoke Yuen’s diagnosis

In order to best focus on her upcoming treatments and recovery, Yoke Yuen took a year off work. This decision left her with three major concerns: her job security, the cost of medical treatment, and informing her mother who had been recently hospitalised with a major stroke which left her paralysed on the left side of her body.

“Although concerns regarding my job and finances were eventually resolved, I didn’t want to further burden mum with news of my cancer. To avoid spilling the beans, I made the tough decision to cut off all communication with her throughout my cancer treatment, which lasted over a year. Fortunately, my mother was being cared for by my siblings and she later understood why I made that difficult decision.”

In spite of her condition, Yoke Yuen never allowed herself to wallow in self-pity or blame others for her circumstances. Instead, she took advantage of the time she had before surgery to address her grief to prepare for the journey ahead. 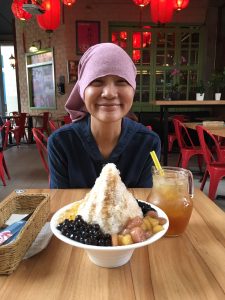 “To mentally and physically prepare for the effects of chemotherapy, I shaved my head before undergoing the first treatment.”

“While I felt fine for the first two sessions, after the third session, I felt fatigued for over a week. The fourth session was the worst as I had a fever, could not keep any food or drink down and was put on an IV hydration drip to bring my temperature down. The last two treatments were not as bad as the fourth, although I experienced longer periods of exhaustion where I was practically bedridden for weeks at a time.”

Yoke Yuen began regaining her strength after completing her last session of chemotherapy. She was well enough to drive to the hospital for daily radiation treatments, followed by 17 Herceptin therapy injections over a period of about 1.5 years. When she completed these treatments in October 2017, she was cancer-free.

Support and life after cancer treatment

Unlike patients who prefer to involve friends and family in their journey battling cancer, Yoke Yuen and her family prefer to handle difficult situations in private. In fact, she did not share her diagnosis with her family until a week before her mastectomy as she did not want them to worry.

“Throughout my recovery, my siblings supported me not with calls or text messages encouraging me to soldier on, but with acts of kindness such as driving me home from chemo or sending meals to my husband and me.”

“To improve my wellbeing and reduce the likelihood of cancer recurring, I now eat cleaner meals comprising steamed vegetables and fish, while avoiding deep fried foods and snacks. Before the Movement Control Order (MCO) I went for Qi Gong three times a week. Now I have a slow jog every morning before work.”

Yoke Yuen returned to work in August 2017 and has since been in remission for five years. Although she tries to stay as active as possible, the effects of her treatments have led to chronic fatigue that she needs frequent breaks to regain her strength.

Yoke Yuen is now committed to educating others on the importance of early cancer detection.

“When it comes to cancer, early diagnosis is key. In addition to achieving a better prognosis and a higher survival rate, early detection also improves your chances for treatments that incur fewer physical, mental and financial burdens on patients, as well as their families.”

*This is part 1 of a 2-part article. Part 2 will feature Consultant Breast and Oncoplastic Surgeon, Dr Tan Gie Hooi who will share the causes and risk factors and breast cancer, the types and stages of breast cancer, and how women can reduce their risk of the disease* 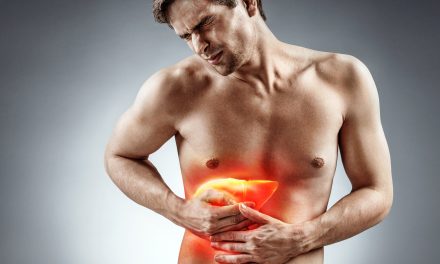 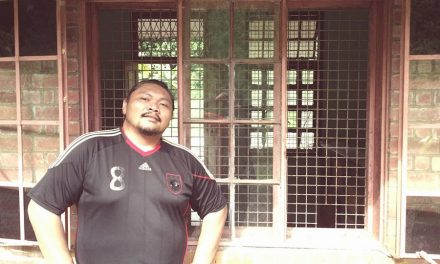 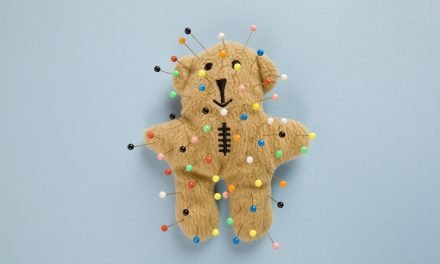 Know Pain or No Gain 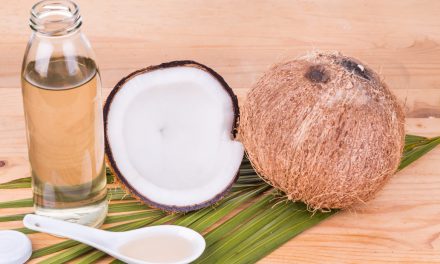